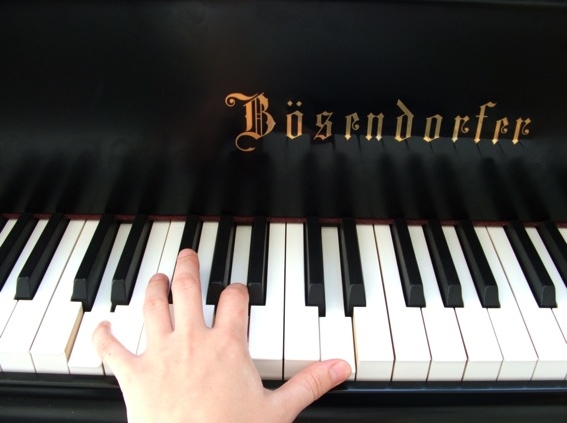 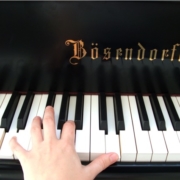 Last night’s gig in the Anton Bruckner Centrum in Ansfelden, Austria was our last gig in the first leg of the autumn tour. It was lovely to return to this venue where I played on my first tour with CARA – and the welcome, the backstage food, the Gruner Veltliner and the venue’s colour scheme were all as lovely as I remembered!

So far this tour, two particular piano highlights for me have been playing on the Yamaha grand in the stunning venue in Goggingen, and a Bosendorfer grand in Puchheim that was truly delightful to play. Though there are benefits in playing an instrument that you don’t have to carry around, or tune yourself, there are also challenges: you need to get to know the workings and responses of a new instrument every day, with their own personalities and quirks, as well as their own sound. Worst case scenarios? A piano that, it turns out, hasn’t been tuned, or an electric piano with an energy saving switch – this has already caught me unawares on several previous tours! So far this tour I’ve made it through relatively unscathed, though I did set off a metronome on one electric piano, and it took me quite a while to realise where the high beeping sound was coming from…

The dangers of binary thinking have been occupying my mind these past couple of days. It all started with a sauna ceremony (aufguss, I think, in German?) in Erding Spa which was for men only – a beer ceremony. Running concurrently was a yogurt face mask ceremony for women. I was frustrated to be denied access to the beer, and vaguely angry that this distinction had been made! It also reminded me of another frustration, last month, when, on a teaching trip with fellow Scots singer Fiona Hunter, our suitcases were lost en route. In Frankfurt’s airport pharmacy, we bought emergency toiletries – Fiona’s purchase went smoothly, but not mine. The pharmacist insisted that I had the wrong toiletries (because I prefer a turquoise to a pink razor, and don’t like the sweet, flowery smelling deodorant that is traditionally marketed to women). I tried to explain in a broken combination of English and German: aren’t smells and colours for everyone?

Imagine that you’re in nursery and you’re told (perhaps by another child, or perhaps by a staff member) that you shouldn’t play with the dolls because you’re a boy, and learn, at the age of three or four, that for a boy, feminine interests and imagination are somehow shameful. Or that you live in a country where because you’re female, you’re not entitled to go to school, learn to read, or get a job. It’s dangerous stuff.

Before the birth of my niece, Orla, when I just knew that she was a human being, but not whether she would be male or female, I wrote a song, The Whole Rainbow, to try to express my hopes for his/her future, whatever his/her gender. It seems appropriate to share it now: https://soundcloud.com/kim-edgar/the-whole-rainbow

Enough ranting for one day…see you back on the road soon!