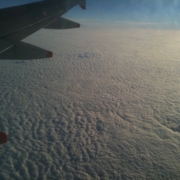 It’s that time of year again already! I’m sitting in Heathrow airport, half way to Germany, with some minutes to spare and lots of anticipation for the CARA autumn tour.

After a recent experience of lost luggage throughout a trip to Germany with KLM, I’m not travelling light – my heavy hand luggage includes what I am now willing to acknowledge are essentials for me: hair straighteners, my favourite perfume and deodorant, and enough clothing for an entire tour without my suitcase (though fingers crossed it won’t happen again!). On top of this, all the handwritten music I need to work on for the forthcoming CARA album during this tour, a couple of books, and my laptop…my arms and back are already aching! Better safe than sorry, mind 🙂

It’s been exciting times for CARA so far this year, as we’ve been developing, recording, and most recently mixing and mastering our new album, which will be released in January 2016. But not content with the frenzy of activity we’ve already had, we’ve set ourselves an extra challenge for this tour – to play one new tune from the album every night – so if you’re coming along, keep your ears open! I’m really looking forward to the challenge, to meeting up with the CARAs again, and the tour.

Ill try to keep you posted with thoughts from the road over the coming weeks. First up tonight, though – filming a promotional video for the new album release – wish us luck!

Well, its been a delightful start to the tour, with only a few empty seats in the wonderfully grand Rosenthal Theatre in Selb, followed by four sold out shows!

We’ve also managed to squeeze in two spa days already – it feels a bit like a holiday! Its so nice to take time to relax – if only I could remember to do that when I’m at home, too…

I’ve been reflecting on why it feels so good to be back on tour with Cara again, and I think, for me, it’s down to connection. As a solo artist, only occasionally performing with other musicians, I feel very lucky to have joined this band! I’ve always enjoyed being able to connect emotionally with listeners through performance, and as a shy person, performing has provided me with a really safe way to feel that I’m not alone in the world, or in my thoughts. To additionally feel connected with bandmates on stage whom I admire and respect, musically and personally, is a real privilege – and not something that I take for granted. I’m having lots of fun!

I think I’m also finding great joy in the unexpected aspects of touring – discovering new and beautiful places, and meeting the challenge of adapting to different pianos and keyboards, and varied environments both on and off stage. Food is one area where I’m not used to being so adaptable, but I’m trying hard not to be such a fusspot, and already I’ve broken beyond my pizza/pasta/rice staples to enjoy both flammkuchen (okay, that’s a bit like pizza!) and goulash with knudel! And then there are the totally random events that enrich life – like, who could have foreseen, a week ago, that in Selb, I’d be serenaded by a Spanish man (Tony!) brandishing an immersion heater as a pretend microphone, and end up salsa dancing with him? Or that Hendrik was so good at darts? Every day a surprise…looking forward to the next leg of the tour.