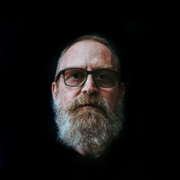 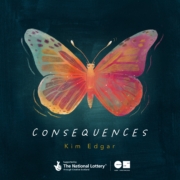 Here’s our finished song – The Edge Of Shame!

It was such an honour to work with Boo on this song; what was most fascinating for me was the speed at which Boo’s ideas came…I confess, for myself, most of the finding of music, and indeed, words, is a slow process. I’m sure it’s something that will improve with more practice 🙂

We discussed some general topics that interested us; Boo was interested in how the law affects the ways in which people are treated – so for example, we talked about the fact that it’s not so long ago that homosexual relationships were illegal in the UK, and how more recent legal changes have led the way, or been a part of the journey, in challenging and changing thinking.

This topic tied in with my thoughts around shame, which I was keen to write about. I had seen something on television which profoundly moved me, and also made me think about how attitudes can change vastly over time: it was a short news article about women who had had their children taken away from them at birth because they were unmarried mothers. This was deemed shameful at the time, yet today in the UK, I think it’s fairly common for unmarried women or indeed any unmarried individual, or couple, to have children. It was heartbreaking to watch women in their 70s and 80s breaking down as they explained what happened to them, acknowledged their own sense of guilt that they hadn’t done something more at the time to prevent this from happening (though it’s very hard to see what they could have done), and their lived experience of loss of their children, every day since.

Boo, by chance, had had a gig in a venue which was a former convent, and had been invited to visit an unused part of the venue, where unmarried mothers had been housed while pregnant – so his direct experience of the feelings he had in that space also fed into the ideas for this song…thanks to Mattie Foulds (production, drums, percussion & synths) for helping me bring the song to life. It doesn’t feel right to suggest that I hope you might enjoy this song – but thank you for listening.

I’m so pleased to announce my third collaboration is with Boo Hewerdine!

In my first ever songwriting class at the Liverpool Institute for Performing Arts, we studied “Patience Of Angels” written by Boo Hewerdine. I was blown away by how the understated, emotive opening lines (like a good drama) landed you right in the middle of a situation, and left you keen to know and understand more.

Our first songwriting task was to write our own song which placed someone, positionally, somewhere, at the opening. I wrote Quietly Fantastic, inspired by my wonderful, unique friend Suzie, and the song title ended up being the name of my record label. It begins:

But back to Boo. Later, in Patience Of Angels, is one of my favourite parts of the song – a section which I’d call the bridge, and some people call the middle eight:

What I also began to observe here was the real craft that was possible in songwriting; the conscious shaping of music and words for particular effect. I discovered this was a really fundamental aspect of Boo’s songwriting when I was lucky enough to hear him perform a full set, live, at Burnsong Live 2005 in Dumfries (the songwriting festival which I mentioned in a previous part of this blog led to me leaving my job as a primary school teacher to pursue songwriting as a career), and I happily left that gig with an armful of his albums.

I can remember clearly, after this experience, thinking “How would Boo Hewerdine approach this?” and in particular, I remember his approach was at the forefront of my mind when I wrote “Scissors, Paper, Stone”, which is one of my songs that I’m particularly proud of.

I was lucky enough to later perform a couple of times on stage with Boo in subsequent Burnsong events, but I confess my shyness got the better of me, and our interactions probably stalled after I said something like “I think you’re amazing” and then blushed and left the room…

Lockdown brought me an unexpected and most welcome opportunity to get to know Boo better; I applied for and was successful in securing a place on Bird On A Wire – a week long online songwriting workshop in February 2020, led by Boo and Findlay Napier, provided through funding support from Creative Scotland free of charge for songwriters who were currently unable to tour because of the pandemic. I absolutely love learning about other songwriters’ techniques and approaches, and it was fascinating for me to hear directly from Boo and Findlay about their own songwriting approaches. Both were generous in their advice and feedback as our cohort wrote individually and also collaborated in various constellations on a variety of songwriting tasks over the course of the week. Once again, a songwriter that I greatly admired from a distance didn’t seem so far away any more, and so when I had a final online one-to-one chat with Boo, and he asked what would be helpful for me going forward with my songwriting, I took the plunge and said “I’d really love to collaborate with you, if you’d consider it.” I was so thankful that he said yes! Watch this space to find out more about how we worked and the song we’ve now made together…it’ll be here by the end of the month – I look forward to seeing you then!